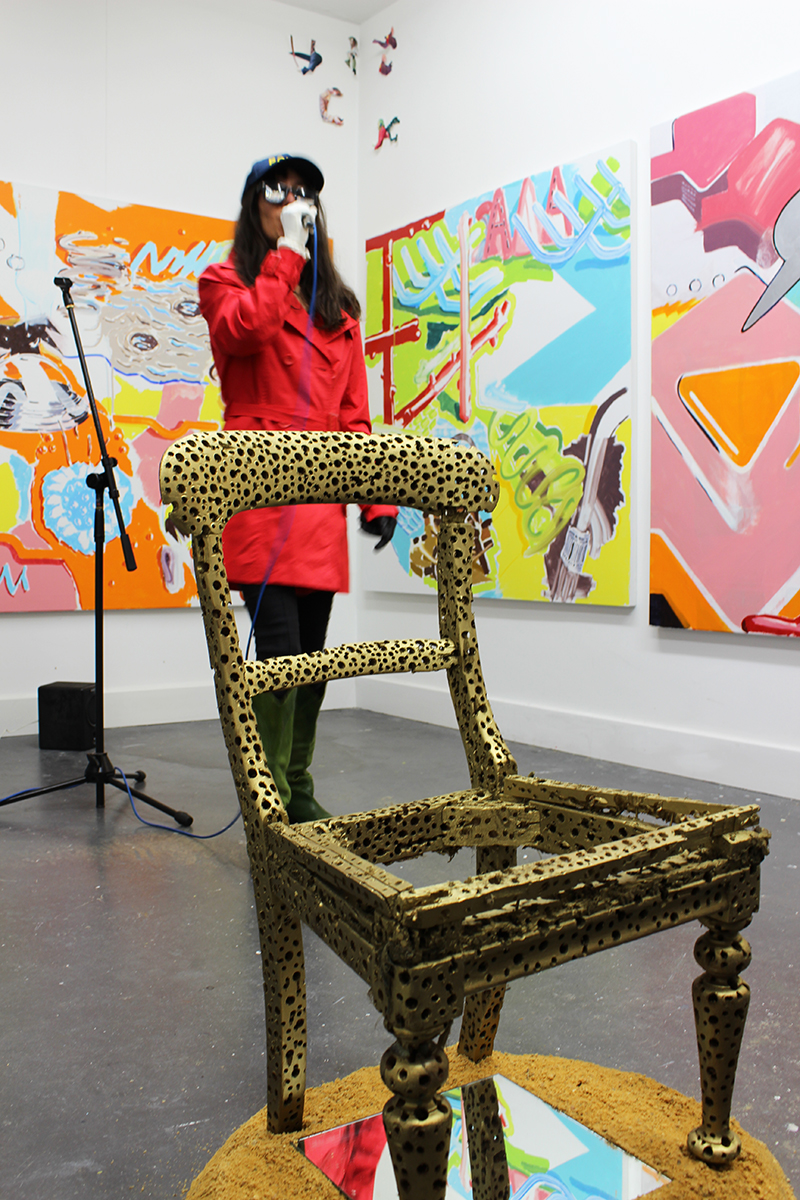 Isa Suarez performing her music in the curated show.

The Performance on Sunday 20th November.

Clockwise: On the white table are a series of five prints by Brian D Hodgson. In the window space is an installation by Joanna Weller. To the right are abstract paintings by Julian Sharples and in the foreground is The Golden Throne by Terry Ryan.

Andrea G Artz
In Transit : a site-specific installation of 3-D collages made out of cut and folded inkjet prints that originate from her iPhone pictures of travellers.

Brian D Hodgson
Traverse I-V Photopolymer intaglio print and etching
Traverse I-V in itself is an exploratory excursion out of its own printing system and a diversion away from pure reproduction of a photographic image.

Joanna Weller
I found this homework left on a bus. Initially I wanted to embroider the whole text as a way of keeping the story.  As I did this I was impressed by the universality of some of the boy’s words and how they related to me. I then made garments which I imagined the boy wearing in the story and embroidered them with his words.

Isa Suarez
An interactive display of film music, songs and sound installations.
Feel free to browse through the music on the round table.
Live performance at 4pm on Sunday

Julian Sharples
New Abstractions 1-4 : Oil and acrylic on linen.
Julian uses processes involving chance to build up the compositions from motifs and fragments of objects selected from other work in his studio. Variations in scale (also randomised) lead to new problems in perspective and solutions.

Terry Ryan (Centre- floor, ceiling, window sill and doorway all 2016)
The Golden Throne
Golden Reign Down on us
Anthropo-scene
Mess-age